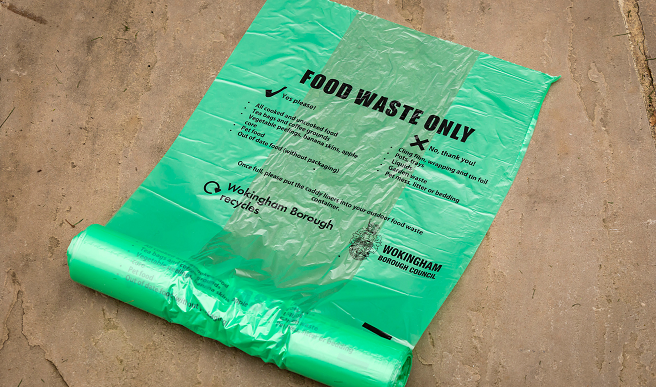 In its drive to reduce the use of non-recyclable single-use plastics, Wokingham Borough Council is urging residents to line their food caddies using more environmentally friendly alternatives to the single-use plastic caddy liners when they run out of liners provided by the council.

For the past two years, the council has given every household a supply of non-biodegradable single-use plastic caddy liners to line their kitchen food waste caddies in an effort to drive up participation in its food waste recycling service.

The council’s new administration, in power since May 2022, have decided not to continue supplying the bags and are instead encouraging residents to use more environmentally friendly alternatives.

Food waste collected from residents in Wokingham borough is taken to a recycling facility managed by re3, our waste management partner. The food caddy liners are burned and the energy captured after the food waste inside is removed for further processing at the facility.

The council’s new executive member for environment, sport and leisure, Cllr Ian Shenton said: “The caddy liners the council has been supplying for the last two years are not good for the environment – they are non-biodegradable single-use plastic. Production and disposal of non-recyclable single-use plastics result in greenhouse gas emissions and often end up polluting our rivers and seas.

“At a time when we are encouraging all residents to decrease their use of single use plastics, it just doesn’t make sense for us to continue to supply food waste bags that are a single-use plastic.

“Instead of using a single use plastic bag, residents can line their kitchen caddies with a compostable liner, newspaper or any soft plastic bag they have that they were going to throw away, such as carrier bags, bread bags, cereal bags or fruit and vegetable bags. Residents can also instead line the bottom with newspaper or used kitchen paper, emptying it into the outdoor caddy, and wash both between uses.

“Last October we asked residents what matters most to them about our waste and recycling collections. Over 1,000 people, 54 per cent, told us that the environmental benefits are their top priority. I believe the majority of Wokingham borough residents will support this decision – it’s the right decision for the environment. That trumps the inconvenience of not having the council supply single use plastic caddy liners to every household in the borough, especially as we know that only about 50 per cent of households actually use them for their food waste.”

The council will no longer be supplying additional food caddy liners, beyond its annual supply delivered to all households earlier this year. Previously, residents were able to get extra food caddy liners in a number of locations, such as libraries, in the borough. The council has run out of these and will not be ordering more.

For the same environmental concerns, the council has also decided not to include food caddy liners in its annual delivery of blue bin bags to residents starting 2023.

The caddy liners cost the council about £75,000 this year, but were not included in the council’s budget. The estimated cost for the caddy liners for next year is just under £120,000 if they were ordered today, and the price is expected to increase by the time they would be ordered. The cost increase is caused primarily by the significant rise in oil prices.

Council leader Cllr Clive Jones said: “The previous administration did not budget for these caddy liners, so to supply them we would have to take the money from something else. In this perilous time when costs are rising across the board, it just doesn’t make sense for us to continue to supply these, particularly as they are bad for the environment.

The council is working on a new waste collection strategy for when the current waste collection contract ends in 2026 and will be asking residents for their views on the options later this year. 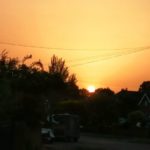 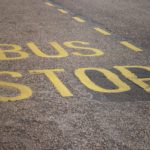 Next:
Council steps in to save bus services