Wokingham Borough Council is set to launch a new service to tackle anti-social behaviour and other issues that affect residents’ quality of life across the borough. From April 1, this new in-house team will offer a visible presence throughout the week to address a range of concerns.

These could include noisy neighbours, fly tipping, nuisance bonfires, abandoned vehicles or bothersome vehicle use including car meets, noise and dust from building sites, unauthorised advertising, mismanagement of waste and unlawful encampments.

Officers will also attend disturbances in public places like drinking, barbecues or out-of-control dogs and will focus on ‘hot spots’, including parks and open spaces, where problems are most frequently reported.

The team will also work closely with food safety officers who in turn work with retailers, pubs and restaurants, and will have licensing officers overseeing alcohol sales, betting shops, arcades and taxis as well as a housing team supervising landlords in the private rented sector.

Cllr Bill Soane, executive member for neighbourhoods and communities, said: “We are pleased to launch this new service for our residents, which brings together a one-stop-shop to tackle all sorts of nuisance behaviours that negatively impact our residents’ lives.

“The new service will be available seven days a week, including weekend nights and all-day Sunday, because we know that is when a lot of nuisance behaviours happen. The team will also be proactive and go out patrolling known trouble hot spots to stop problems before they happen.”

The issues they will tackle include:

Dumping rubbish anywhere except a recycling centre is illegal and carries significant penalties. The council will continue cracking down on this and the new team will clean up fly tips, look for evidence of the culprit and prosecute or issue fines. Last year alone, nearly 250 tonnes of waste was cleared from the borough’s roads and footpaths and 37 penalties were issued.

The noise from revving engines and dangerous driving in car parks is upsetting to neighbours and, in partnership with the police, the council has successfully reduced the number of car meets in the borough by warning drivers and installing CCTV cameras. The new team will help the police by gathering information, which could lead to car seizures if owners ignore warnings, and handing out fines.

Noisy building work shouldn’t happen early or late in the day during the week, on Saturday afternoons or on Sundays and bank holidays. Residents are encouraged to approach the builders first if they’re having a problem, but should let the council know if this continues at anti-social hours.

The borough’s parks and open spaces are there for everyone to enjoy, so residents should inform the council if this is being spoiled by rowdy, nuisance or upsetting behaviour.

If a crime is being committed and people are in danger, call the police on 999 or 101 if it isn’t an emergency.

For any other nuisance, contact the council at [email protected] or on 0118 974 6000 during business hours. The out of hours service is available on 0800 212 111 from 5pm until midnight on Fridays and Saturdays and during the daytime at weekends and bank holidays.

The service is available from 1 April onwards. 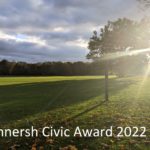